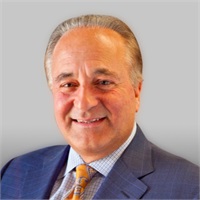 As co-founder and managing partner of The Beacon Group of Companies, Brian Menickella has over thirty five years in the financial services industry. His core competence is in Corporate Retirement Plans and Wealth Management. Brian is widely known in the retirement plan marketplace and is a contributor for Forbes Magazine. He has also appeared in publications such as The Wall Street Journal, US News & World Reports and Philadelphia Inquirer. He is also a multiple recipient of the "Five Star" wealth manager award as seen in Philadelphia Magazine. Along with his wealth management practice Brian also works closely with professional baseball and football players, helping them with money management.